In 2008, the foundation selected the first Decibels Scholar, Karissa Silva, a graduate student from the Speech Language Pathology Graduate Program in the Department of Communication Sciences and Disorders at Emerson College. On September 17, 2016, Lisa Boldini became the 9th Decibels Scholar. 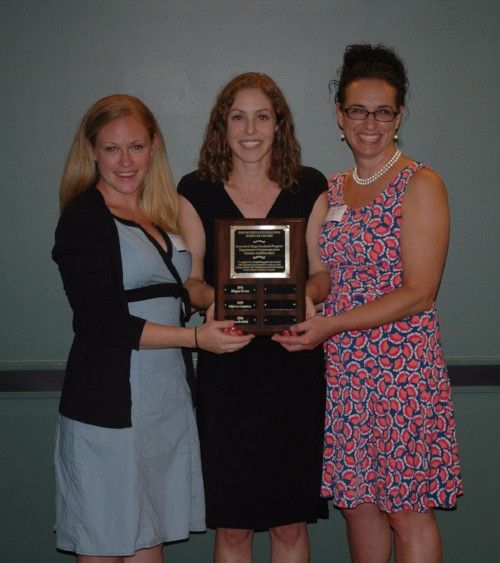 Since 2008, a Decibels Scholar has been selected annually to receive a scholarship along with hands-on training through placements at both the Thayer Lindsley Family-Centered Program for Deaf and Hard of Hearing Infants and Toddlers at Emerson College and the Minute Man Arc Early Intervention Hearing Loss Program in Concord, MA. Many Decibels Scholars have gone on to careers supporting children with hearing loss and their families throughout the country! Click here to see what our scholars are doing now!

In the spring of 2015, the foundation expanded the Decibels Scholars Program to include the Doctor of Audiology program at Northeastern University. Heidi Bernknopf, our first Northeastern Decibels Scholar, was chosen for her strong desire to pursue a career in pediatric audiology. Through the support of the Decibels Foundation, she is pursued an externship at the Ear Institute at the New York Eye & Ear Infirmary of Mount Sinai.

In 2016, Ashley Andrew was awarded the Decibels Scholar of Audiology and was given a clinical placement at the Deaf and Hard of Hearing Program at Boston Children's Hospital.

The Decibels Scholar in Audiology at Northeastern University was discontinued in 2019 as the Doctor of Audiology program is no longer offered.